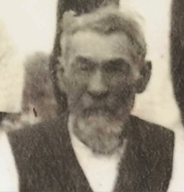 Manford Byron Speedy was a pioneer in Butler Center, Iowa. Butler Center is no longer around, UNI has it’s full history here a part of an Iowa Prairie site project. MB’s name is with the pioneers settled in 1856, that’s 10 years after Iowa became a state.

In October 1877 Manford ‘called’ not on the phone but in person at the newspaper offices ‘MB Speedy one of the straight men on the straight Republican ticket for Butler county called last Saturday and exchanged ideas with us on the political topics of the day. Glad to see him’.
1877 Oct 4 Page 4 Butler County (Iowa) Press, column 1 mid top

Results for Sheriff in 1877 are in: History of Butler and Bremer counties, Iowa, a free ebook at HathiTrust, the snapshot shows Manford elected Sheriff and brother in law J W Stewart elected as Superintendent of Schools