William L Miller was born August 1852 in Stark Ohio, his middle name may be Louis. In 1870 William was 18, the oldest of 7 children of Peter and Esther. The Miller family had moved to Bremer County, Iowa. William  was a farm laborer and attended school. He kept in touch with Fianna Druckenbrod of Stark Ohio, returned to her and they married on September 5, 1875 in Stark, Ohio.  The newlyweds settled in Bremer County, Iowa, had 7 children and farmed. Their youngest daughter Clara died in 1902 age 16. By 1905 William and Fiana were in Amery Wisconsin. William was a teamster and truck gardener. When Fiana died in 1923 William lived with his son Frank and family. William, Clara and Fiana are all buried in Andrews Cemetery near Waverly. Mary Roose Miller and I visited  summer 2017. William and Fiana’s headstone is surrounded by 5’ day lilies. Headstone without the 5′ day lilies at Find A Grave 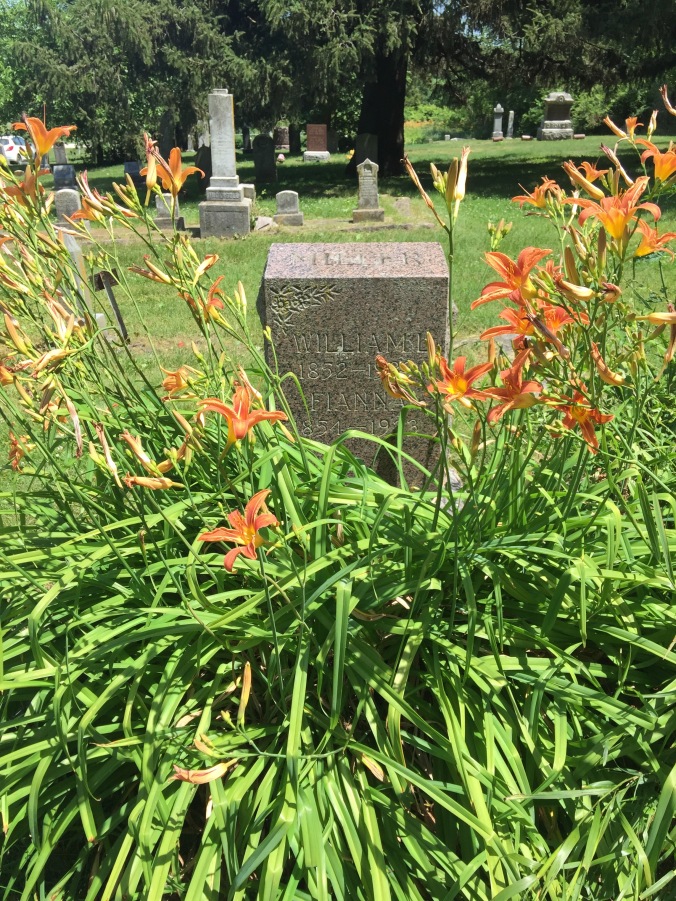