Anne Davis was born on May 2, 1715 in Westerly, Washington, Rhode Island. Her mom Mary Shorey and dad Peter Davis both came, at different times, to America from England. Her dad was a Friends [Quaker] minister, well known in Colonial America and he may have come up with the phrase ‘honesty is the best policy’, [stated in sources].

Ann was a widow in 1793 moved 265 miles northwest to Brookfield New York, she lived with her son and his family. “In the 1790s Samuel Witter Sr. and his family (including his widowed mother (Ann Davis) and his married son, Samuel Witter Jr.) migrated from Hopkinton, RI and established a farm in the area that later became known as Witter Hill.” Anne died in April 1803. She’s buried at Witter Hill Farm Cemetery in Brookfield. The small family cemetery was part of a Witter family farm, long gone, no gravestones or markers remain. It’s on Davis Road, surrounded by state forests: Beaver Creek, Brookfield Railroad, Gorton Lake, Mt Hunger, and Plainfield, in the middle of New York State. 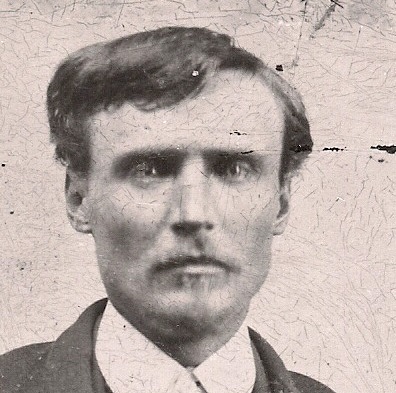 Pleasant Davis was born in Ohio on November 30, 1844. He was one of 13 kids of Horton and Florida Russell Davis. Horton’s dad, Pleasant’s grandpa was Pleasant Davis married to Sarah Horton, both of Virginia. Names ‘Pleasant’ and ‘Horton’ were carried on through the generations as first or middle names for sons. One ‘Pleasant’ went by Plez. This Pleasant married Huldah England on February 17, 1868 in Ohio. Soon after Pleasant’s family and older sister Sarah Davis Martin and her family left Ohio for Illinois where Pleasant lived for a few years. Pleasant’s other siblings were in Iowa, North Dakota and sister Martha, in photo, went all the way to Oregon. By 1883 Pleasant was in Union, Iowa with his dad, mom and some siblings. Pleasant and Florina’s son Clement Pleasant Davis was born in Union and 4 Davis daughters Florina, Mary, Sarah and Victoria were all married in Iowa.

Florina died around 1888 and Pleasant with his younger kids, they all headed for the Cherokee Nation where the 1889 Indian (land) Appropriations Act gave up land for purchase and President Harrison proclaimed “unassigned lands were open for settlement under much less stringent rules”. Today the area is north eastern Oklahoma, it was called ‘Cherokee Nation’ on census forms from about 1840? until Oklahoma became a state in 1907.

Pleasant’s family lived in Bluejacket where he farmed. His sons Horton and Warren helped on the farm, the younger kids were in school. Bluejacket is 50 miles north east of Tulsa with a population of about 300 today. Pleasant’s daughters Florina and Victoria with their families joined their dad in Bluejacket, Oklahoma. Pleasant died at age 78 on April 3, 1924 and is buried at Bluejacket Cemetery.

Pleasant Davis and Sarah Horton were both born in Virginia around 1790. They married on September 9, 1806 in Virginia. Pleasant fought in the War of 1812: 87th Regiment, Virginia Militia, he was a private. An Indiana death certificate for daughter Susan Davis Black has both Peasant Davis and Sarah Horton on the record. Proving Sarah Davis -great grandma of Faber Miller- is their daughter has no factual records but has some probable records. There is the book ‘A tabulation of the descendants of Joseph Horton : a soldier of the American Revolution’ a published family history with reference to Horton Davis who went to Iowa- probably Sarah Davis’s brother. Also there is a family history compilation, not quite a book, some of it shared on Ancestry, that may be the reason Florence Miller, sister of Faber, and Ellen Mitchel 1st cousin 1x removed of Faber and Florence, wrote up notes on their ancestors to share with the person working on the family history, way before online family history existed. And Sarah Davis and Jacob Miller named sons: James Davis, Horton and Pleasant Miller; common to carry on family names, maiden names of mothers.

Sarah Davis was born in Virginia, probably to Pleasant and Sarah Horton Davis, the 6th of 7 kids. On April 18, 1833 in Jackson, Ohio Sarah married Jacob Miller. Sarah and Jacob had one child Mary, in Ohio, then moved to Elkhart, Indiana. They farmed and had 9 more kids.

Jacob died in 1854 same year his 9th child was born. In 1860 Sarah was 46 years old and head of house on the census, living on a farm with 6 of her children. Jake is the oldest, he’s 18 and farms. James, Sarah, Will, Susan and John are 14 to 8 years old, they attend school. The oldest daughter Mary had married Moses Mitchell and moved to Nashua, Iowa. Son Pleasant, named after his grandpa, was in Sutter, California, a miner. Two children Horton and Alexander are still a mystery, not a lot of records. Maybe son Horton, named for his uncle, had joined the Confederate Army in Tennessee, maybe son Andrew was on his own and married with a family in Indiana.

On the 1870 and 1880 census Sarah and children have moved to Washington Township, Black Hawk County, Iowa, near Janesville and the Cedar River. On the 1880 census Sarah had real estate valued at $1700. Her sons Jacob and James were farmers, younger kids were at school. Her neighbors were farmers, carpenters, a physician, a teacher and day laborers; born in New York, California, England, Rhode Island, Wisconsin and Iowa.

Sarah died April 8, 1888 and is buried at Oakland Cemetery in Janesville, Iowa. She is near her son James’s in-laws the Gaines family. Son James married Mary Ella Gaines, their son William is the dad of Faber who married Gladys.