Fronica -her name could have been Verona, Veronica or Fronica, all appear on records- was born about 1763 to Conrad and Elizabeth Hibshman Meinzer. The Meinzer family lived in Pennsylvania, in the Lancaster area, on a farm, part of the Pennsylvania Dutch or Deutsch community. Fronica’s father Conrad died in 1781 and mentions his children in his will “All my lands shall be divided into six plots the share that I live on at present shall be appointed to my son John and the other five shares to Catharina, Anna Maria, Verona, Frederick and Conrad until all of my heirs are made equal.”

Fronica married Mathias Druckenbrod on November 25, 1783. They married on the exact day the British troops left New York, the date was for a time remembered as Evacuation Day with parades, monuments and what not. Part of the 1783 celebration was General Washington arriving in New York then during the next weeks riding on through New Jersey, Pennsylvania, and then Maryland where he met with the Confederation Congress and formally retired as Commander in Chief and finally returned to his home. 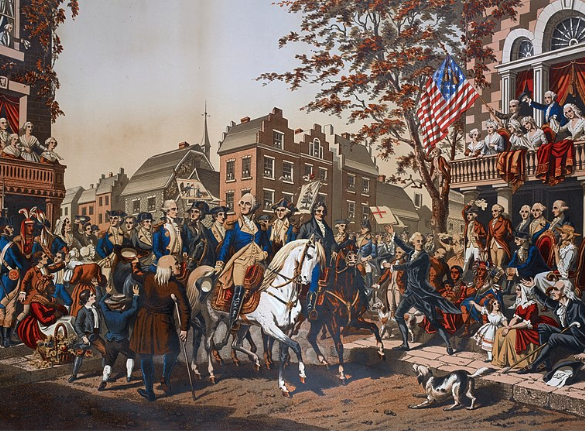 News traveled very slowly in 1783 so Mathias and Fronica may not have known what was happening 160 miles to the east as they exchanged wedding vows.