David was born in Wiltshire, England around 1627. He has 2 arrival dates. One theory is he sailed on the Confidence with a family friend and was listed as a servant. Another theory is he sailed on the Mary and John with his family in 1634, the 2nd theory is more likely. David also has two marriage dates: May 11 1650 and June 18 1650, both with Sarah Wise, both from reliable sources. Most likely the May date was an intention of marriage and the actual marriage was in June. 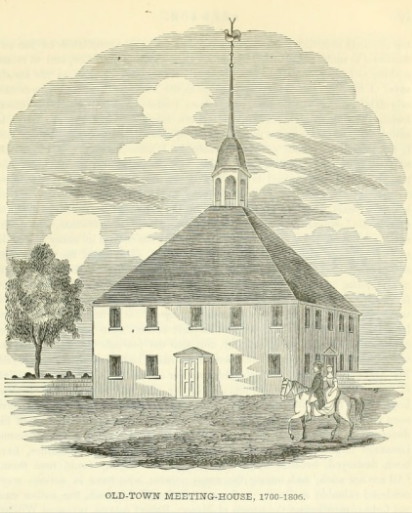 David’s older sister Ann married Aquila Chase, the two couples lived near each other in Essex County of the Massachusetts Bay colony. Aquila was a sailor and often gone for long stretches of time. In 1646 the three David, Ann and Aquila were fined or charged for gathering peas on a Sunday. “A curious instance of Sabbath breaking occurred … Aquila Chase and his wife and David Wheeler were presented at Ipswich Court for gathering peas on the Sabbath. They were admonished. The family tradition has it that Aquila returned from sea that morning and his wife, wishing to supply a delicacy for dinner, fell into grave error in thus pandering to his unsanctified appetite.” Page 207 of Every Day Life in the Massachusetts Bay Colony Ebook at Project Gutenberg .