Charles was born August 30, 1880 and was the 6th, of 8, children of Martin and Mary Walters Wisbar. Born in Cook County Illinois “his parents moved with their family to a farm northeast of Parkersburg when he was but eight weeks old.” Charles grew up and stayed in the Parkersburg area and married Trena Vanderlan on April 3, 1902. Johann Roose, brother in law, married to Charles’s sister Lena was a witness to the marriage. 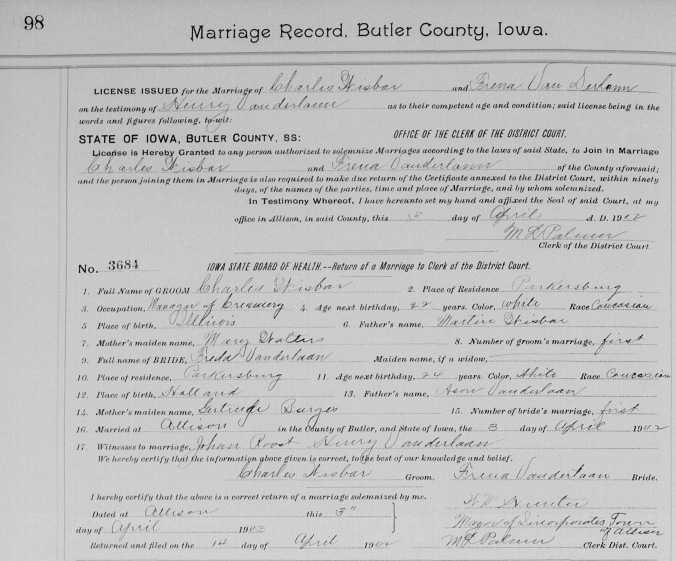 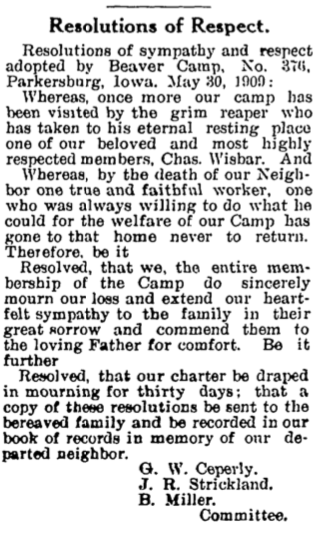 Charles was a farmer, cement worker and construction worker he fixed up houses in the area. Then he worked at and managed a creamery and attended conferences of the Iowa State Dairy Association. Charles died suddenly at age 28 on May 26, 1909. His obituary was in the Parkersburg Eclipse newspaper on June 3, 1909. There’s also a thank you note from Charles’s widow, “Especially to the Woodmen and the teachers and pupils of the school for the beautiful flowers”. In the same paper the Woodmen (now Modern Woodmen of America) wrote up a Resolution of Respect for Charles and for his family.

At Wikipedia ModernWoodmen of America