Anna, her last name unknown, is on Catherina’s marriage record of June 14, 1846. The marriage record is handwritten and in German, so it’s a mystery what’s actually written. Catherina and her mom Anna are on the record, dad Christian is not, so probably deceased. Catherina’s husband Garbrand Roos with his parents Jan and Meenke Schroder are also on the 1846 record. 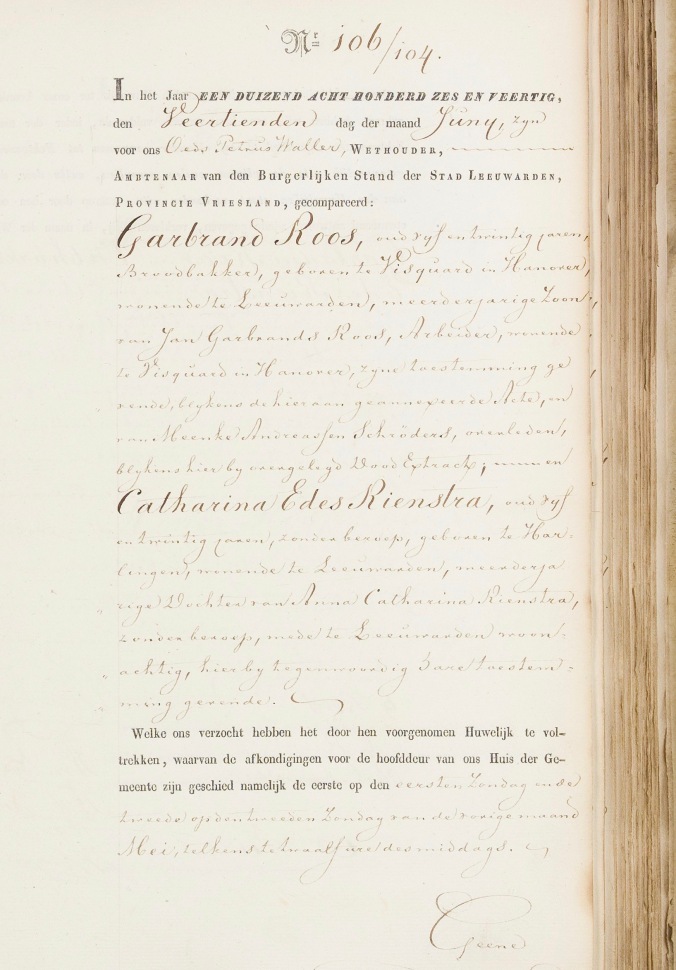 Christian and Anna lived in Harlingen, Netherlands, near the Wadden Sea, a strange space -intertidal- on the coasts of Denmark, Germany and the Netherlands. The Wadden Sea at high tide is a regular coastline with water, waves. At low tide the sea disappears and the ‘bottom’ of the ocean is exposed for miles, it’s called ‘mudflats’. There are six-and-a-half hours between high tide -1.5 meters, about 5 feet deep; and low tide -mudflats.

Probably shortly after Anna’s death, daughter Catherina with Garbrand and their Roos family migrated to America in 1862, first Illinois, then Grundy County, Iowa. Their son Johan married Lena Wisbar, whose son George Roose and wife Mary Frerichs had a son Stanley Roose, who married Elizabeth Speedy. When Catherina died in Iowa, in 1909 her dad Christian is on her death record, her mom’s name isn’t on the record.