Richard was born in Providence. He was a freeman in 1681. In 1682 his father deeds to him 60 acres of  upland, meadow, etc ‘not upon sudden motion but upon deliberate consideration’.

Richard Clemence built a home in Rhode Island that is still standing and documented at Library of Congress. Richard married Sarah Smith daughter of John Smith the miller, all first settlers in Rhode Island with Roger Williams, etc. 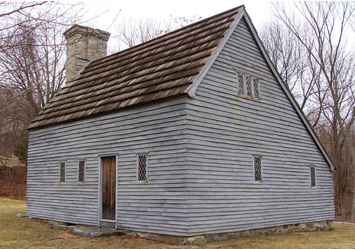 Richard wrote his will January 2nd 1721. He died in October of 1723, the will was read December 9, 1723. In his will he lists his wife, children, grandchildren. He makes his son Thomas executor and asks that Thomas take care of Richard’s ancient mother, Thomas’s grandmother.

“Jtem I Give and bequeathe unto my aforesaid son Thomas Clemance all the Rest of my moveable Esstate of what sort soever after all my debts funarall Charges and other Expencesduely paid: what after Remaines I Give unto him his Heirs Executors administrators and assigns for Ever: and for him or them to take Care and provide all things essesary for my antiant mother : dureing the whole terme of her naturall Life”