Elizabeth was born in July, 1836 in Plain Township, Stark, Ohio. She was the oldest child of George and Margaret Bowman Harter. Elizabeth’s middle name ‘Harter’ was her maternal grandmother’s maiden name. Both the Harter and Bair families were pioneers in Plain, Elizabeth’s great grandparents some of the first settlers. 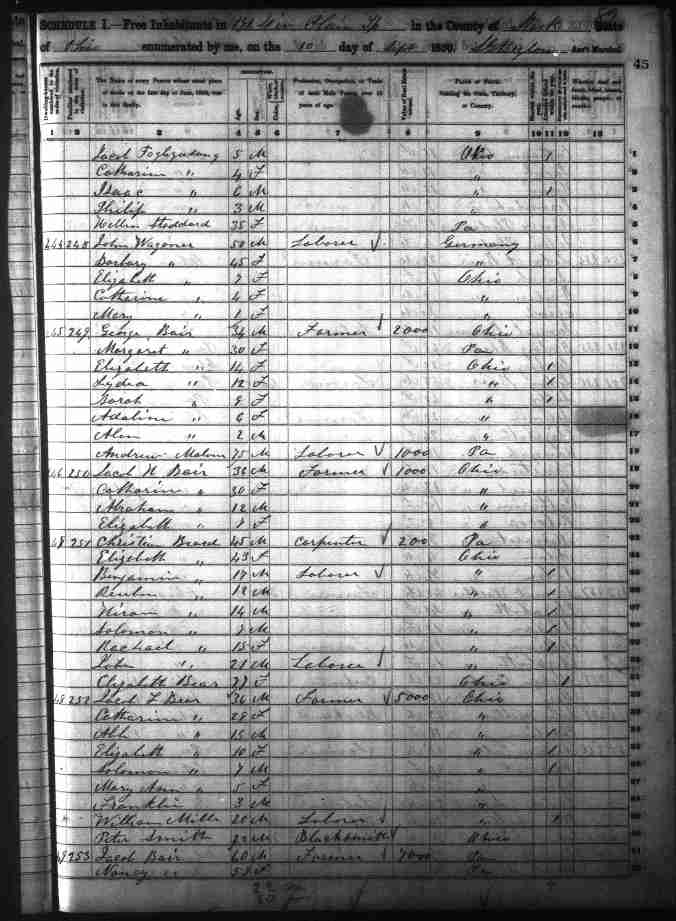 On the 1850 census Elizabeth is 13. The Bair family is on page 45 of 53. The 53 pages with 20 or fewer person on each page contain Elizabeth’s future husband’s Druckenbrod family, the Henry Miller family, future in laws of granddaughter Fianna and lots of ancestors: Miller, Bair, Harter, Druckenbrod, Malone, Kryder and Shuler families. Also in laws by marriage: Grubb, Essig, Troxel, Christ, and Bishop families. And no relation: Kissinger, Trump and Pence families too, all in this tiny township with population at 896 people in 1820 then 2277 people in 1850.

Elizabeth married Samuel Druckenbrod around 1854. They lived on a farm, and had 12 children. Elizabeth was 24 when the Civil War started. 320,000 Ohio men were drafted in to the war which was covered in the local newspapers: Stark County Democrat and Stark County Republican.  Elizabeth could have read Mrs. Samuel Stover’s eyewitness account of ‘the march of Lee’s rebel army into Pennsylvania; also of the retreat of the remnant of said army to the Potomac’ in the Republican and details of the battle in the Democrat.