Clementina was born on February 20, 1800 in northern New York state. Her family moved to Prairieton, Vigo County, Indiana where she married Dexter Angell on May 10, 1820. Clementina and Dexter had 4 children and they farmed in Prairieton for awhile. 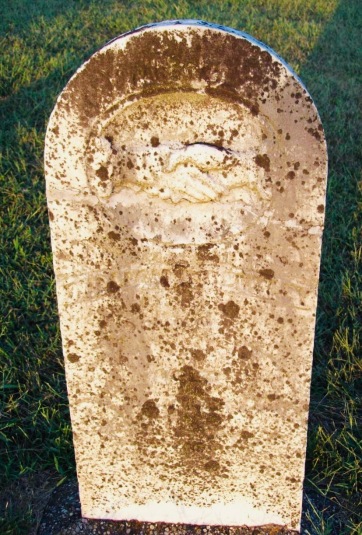 Clementina Angell headstone 1847 or so.

Clementina died around 1847 and is buried in New Harmony Cemetery in Prairieton. Her Find a Grave memorial includes a photo and text of the headstone inscription, too faded to read in the photo: Wife of Dexter Angell Aged 47 Years. Clementina’s daughter Delia Angell named her 3rd daughter Clementina.